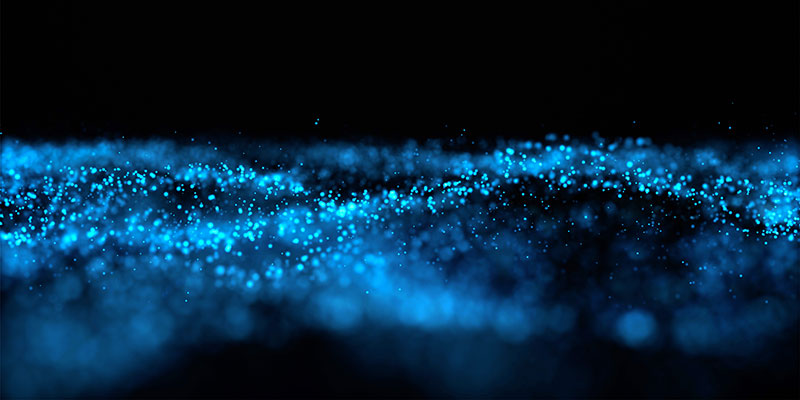 Grammatical error correction (GEC) is an important natural language processing (NLP) task when working with text. An automated model that can solve GEC tasks in English is in high demand, especially in proofreading industries, due to the language’s extensive user base. Yet the industrial application of models for GEC tasks faces many crucial challenges, including the collection of suitable data for training, how that training is done, and how correct inferences are made. The traditional approach is to train a suitable model over a corpus of choices; a model is then built using the trained traditional model to make fast predictions on desired texts. In this article, we describe the working of a transformer-based model—a type of attention-based neural network (Vaswani et al. 2017)—to address the GEC problem. We present the results of the transformer-based model fairseq-gec (Zhao et al. 2019) applied to Scribendi datasets. This article aims to provide a foundational understanding of transformer-based GEC models, which will then be explored using model compression techniques in a future article. First, we briefly outline the background of existing computational approaches to the GEC problem. We then describe the Scribendi datasets used in our experiments and the working of transformer models, followed by our evaluation metrics. We conclude with the results of our experiments.

In general, the computational approaches used to address the GEC problem are based on rules, statistical analysis, or neural networks. Significantly, these approaches are not mutually exclusive. A language model, for example, assigns a probability distribution to a sequence of words (Ponte and Croft 1998). When used to address a GEC task, it assumes that a sentence with a low probability score is associated with grammatical errors; the goal is then to modify the sentence so that sentence probability increases (Dahlmeier et al. 2013; Lee and Lee 2014). A rule-based approach, meanwhile, assimilates the syntax of a given sentence and applies rules to tackle specific types of grammatical errors (Sidorov et al. 2013). Statistical machine translation (SMT) aims to translate incorrect sentences into correct ones by combining language models for different factors, such as part-of-speech (POS) tags and lemma (Koehn et al. 2007; Yuan and Felice 2013). Finally, the machine learning (ML) approach applies machine translation models to the GEC task, and state-of-the-art ML GEC models use transformers (see Zhao et al. 2019). However, although transformer-based GEC models have demonstrated remarkable performance, they remain far from achieving human-like levels of correction (Bryant et al. 2019). Moreover, the training time, trained model size, and inference speed of transformer-based GEC models are key impediments to the widespread industrial use of these models.

For over 20 years, Scribendi has embraced technology to support the work of editors and writers across the world. The company is now a leader in the online editing and proofreading industry, processing tens of millions of words per month thanks to the work of over 500 editors. This has allowed Scribendi to build a unique dataset that can be used for research on GEC.

For the purpose of this case study, the Scribendi dataset was divided into three sets: training, validation, and testing. Each set consisted of two parts: the original erroneous texts and their corrected counterparts. The numbers of sentences in each set were as follows: 4,790,403 (training), 126,063 (validation), and 126,064 (testing). The mean number of words per sentence in the sets was roughly 18. The minimum and maximum sentence lengths for all sets were 1 and 49, respectively. A sampled subset of 5,000 examples (containing erroneous and corrected versions) was also available as a smaller test set, which was used to evaluate the models in our experiments.

It is important to note the availability of several other public datasets for GEC research (see Table 1). Apart from the Scribendi sampled dataset, the Conference on Computational Natural Language Learning (CoNLL) 2014 test set, which contains 1,312 sentences, was also used for evaluation in our experiments (Ng et al. 2014). The CoNLL 2014 dataset is derived from the National University of Singapore Corpus of Learner English (NUCLE) dataset (Dahlmeier et al. 2013). The average number of sentences in CoNLL 2014 is 23, and the minimum and maximum sentence lengths are 1 and 227, respectively.

Transformer Network for the GEC Problem

Vaswani et al. (2017) first proposed the transformer network to solve machine learning problems where the inputs are sequences and the outputs can be sequences or a class label (e.g., machine translation, sentiment classification). A transformer network is made up of encoder-decoder architectures along with attention mechanisms without using any recurrent or convolutional architecture. Traditional deep-learning models to solve sequence-related machine learning problems require the input to be fed sequentially, which causes an inherent computational lag (Sutskever et al. 2014). In the transformer network, all inputs can instead be fed in simultaneously: the architecture relies “entirely on an attention mechanism to draw global dependencies between input and output” (Vaswani et al. 2017, p. 2). This enables greater parallelization in the training, faster learning with an increased amount of data, and a lesser impact of increases in sequence length compared to traditional deep-learning models.

The transformer network architecture is shown in Figure 1.

To train a transformer network for a GEC problem, we require example sentences in grammatically incorrect and correct forms. The first step is to convert the text data into a numerical form so that it can be fed into the transformer network. The typical method of converting text into numerical form is one-hot encoding, in which a matrix is used to record the occurrence or non-occurrence of characters at a particular position in the text. More advanced techniques tokenize the text data, splitting it into tokens that encapsulate the surrounding semantics (Kudo 2018; Sennrich et al. 2015; Schuster and Nakajima 2012). The tokens are then mapped to a vocabulary, and the numerical entries are used as inputs for machine learning models (in this case, the transformer network). It should be noted that the inputs in the encoder or decoder layers are fixed; therefore, the numerical input vector is either trimmed or padded with zeros to match the allowed input size.

The numerical input from a grammatically incorrect sentence is combined with positional embeddings to maintain the order of its elements, and the resulting vectors are fed into the first encoder layer of the transformer. It should be noted that the positional embeddings are used only with the inputs of the first encoder layer: the inputs of the other encoder layers are the outputs of the previous encoder layer. The encoder maintains three weight matrices (W Q, W K , and W V), which are used to compute the attention values of the words in a given sentence. Let xi be the current word in a given sentence with n words. Then, the attention value ai for xi is computed as follows:

where qi, ki, and vi are the values of the query, key, and value for xi.

The use of query, key, and value vectors to compute the attention of a word is analogous to an information retrieval system whose objective is to respond to a given query with topics based on the most relevant key and value terms. The encoder layer maintains more than one set (usually eight) of query, key, and value vectors to compute multiple attentions for a given word. These multiple attentions are condensed into a single vector, and this is passed to the feed-forward layer after it is added to and normalized with its original input.

To comprehend the functioning of a transformer network for the GEC problem, consider the following input sentence:

The red words illustrate the grammatical mistakes in the input sentence.

The grammatically correct form of the input sentence is as follows:

The encoder output and the grammatically correct form of the input sentence are then fed into the decoder portion.

The input sentence to the decoder (i.e., the grammatically correct form) is padded by a <start> token at the initial position and shifted one to the right. The goal of the decoder is to predict the next token for any given token. Because the transformer network is untrained, the decoder output will be incorrect.

Now, the desired output from the decoder is the grammatically correct form of the input sentence shifted one to the left and padded by an <end> token at the end. The decoder output and the desired output are used to compute a training loss with a suitable loss function (e.g., cross-entropy). The training loss is then back-propagated to train the parameters of the transformer network. In practice, the above process is repeated with millions of sentences.

Now, the previous decoder output (i.e., In) and the encoder output are fed back into the decoder portion. The decoder should output conclusion.

This process is repeated until the <end> token is received from the decoder.

To explore the effectiveness of the transformer model in addressing GEC problems, we trained and evaluated the transformer-based GEC model fairseq-gec (Zhao et al. 2019). We chose fairseq-gec for our preliminary experiments because it has been shown to perform better than a basic transformer network on the CoNLL 2014 dataset. Because the ratio of unchanged words is generally high in GEC, the fairseq-gec model focuses mainly on the portion of sentences with changes during the training time. For reference, we compared our experimental results with Scribendi’s sequence-to-sequence-based model (Seq2Seq), which was trained on a Scribendi dataset with 27 million sentences. The training and testing sets in our experiments comprised the Scribendi and CoNLL datasets mentioned above. The evaluation was based on inference speed (measured in words/second), precision, recall, and F0.5 metrics. The experiments in this study were performed on an Ubuntu 16.04 server with Nvidia TITAN X 12 GB GPU, 32 cores, and 126 GB RAM.

In Table 2, we show the results of our experiments with the fairseq-gec model. The fairseq-gec models were not trained until convergence and were sub-optimal compared to Scribendi’s Seq2Seq GEC model. In terms of the training data, the CoNLL training set consisted of 57,119 sentences, and the Scribendi training set consisted of 4,790,403 sentences. For the test data, the CoNLL test set contained 1,331 sentences; the Scribendi test set contained 126,064 sentences.

We observed from our experiments that the fairseq-gec model can adequately address the GEC problem. However, its accuracy was much lower for the Scribendi test set than the CoNLL 2014 test set. Scribendi’s Seq2Seq model (crucially, not a transformer network) was found to be the best performing model across the six experiments. The Seq2Seq model was trained on a far larger dataset with comparatively high computational resources. It would therefore be interesting to compare Seq2Seq model performance with a transformer network that was trained with a similarly sized dataset and with comparable computational resources. More detailed notes for each of the six experiments are given in the Appendix (Table 1).

In this article, we have described how the GEC problem can be addressed through transformer-based models. In our next article in this series, we will experiment with state-of-the-art transformer GEC models and explore model compression techniques as a means of enhancing inference speed with a comparatively lower negative impact on evaluation metrics.