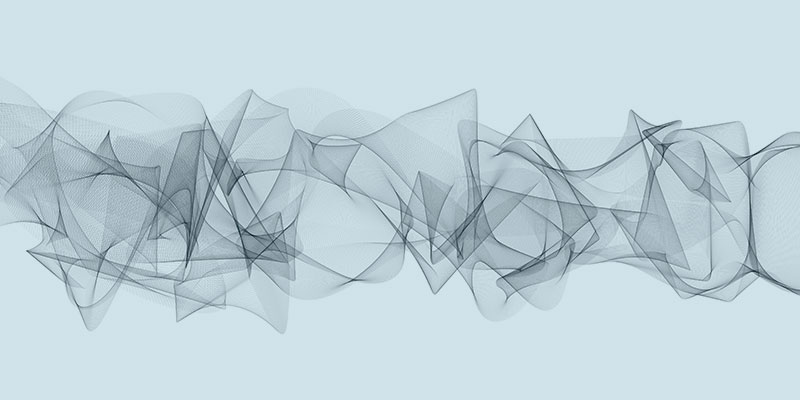 In the previous article in this series, we explained the use of transformer models to address the grammatical error correction (GEC) problem. Although transformer models have had remarkable success in this area, their large memory footprint and inference latency inhibit the widespread implementation of transformer-based automated GEC applications. In this article, we discuss compression techniques used to reduce model size and improve inference speed in production. Specifically, we present results from two model compression techniques: (1) distillation and (2) pruning. Our results show that model compression techniques improve inference speed but at the expense of output quality. The codes used in this study are available from our GitHub repository (https://github.com/scribendi/Pruning).

First, we describe the GECToR model (Omelianchuk et al. 2020), which uses only the transformer encoder portion (and not the decoder portion) to correct a given sentence. We then explain distillation and pruning techniques before presenting our results. Finally, we compare both techniques based on various evaluation metrics, including precision, recall, F0.5 score, model size, and inference speed. We then conclude with possible avenues for future research.

Let the Student Model be S, the Teacher Model be T, and their prediction scores be p(S) and p(T), respectively. The objective function of the distillation approach is then calculated as follows:

where the first part computes the loss of S on the labeled examples, L(p(S), p(T)) is a loss function (e.g., mean squared error) that computes the difference between p(S) and p(T), and a controls the magnitude of the second loss term.

The goal of learning in model distillation is to minimize Equation 1. As a result, the loss of S on the labeled examples is minimized, and the output of S will resemble the output of T for a given example. However, although applying a distillation technique results in a more compact model, the method can itself lead to computational overhead and decreased performance because two loss functions—the labeled loss and the student loss—must be minimized simultaneously (Turc et al. 2019; Sun et al. 2019).

Han et al. (2015) have determined the weights of a trained model to be pruned may be removed if their values fall below a certain threshold. The pruned model can then be retrained to achieve better accuracy. It is equally possible to use a set of thresholds so the model is pruned and retrained iteratively at each threshold (Gale et al. 2019; Lee et al. 2018; Molchanov et al. 2017). In their review of various pruning techniques, Blalock et al. (2020) proposed a benchmark for evaluating neural network pruning methods. Broadly, models can be pruned based on (1) structure (weights from different layers are pruned in unstructured pruning, while entire layers are pruned in structured pruning); (2) scoring (parameters are scored based on certain criteria, such as relevance and magnitude, either globally or locally, and are pruned accordingly); (3) scheduling (whereby the model is pruned at certain intervals); and (4) fine-tuning (the original weights before pruning are incorporated during the training of the pruned model).

We evaluated the GECToR model using both distillation and pruning techniques with respect to (1) inference speed (number of words predicted per second); (2) model accuracy (precision, recall, and F0.5  scores); and (3) model size (measured in megabytes, MB). We first present the results of our distillation experiments, followed by the pruning results, and finally a comparison of the two techniques.

In Table 1, we show the results from two GECToR models on the CoNLL 2014 test set, which contains 1,312 sentences. One GECToR model with 12 BERT encoder layers and another with six cased DistilBERT layers were trained on a Scribendi dataset of approximately four million sentences. It should be noted that we used the cased version of DistilBERT rather than the uncased version, given that the input sentences can feature both cased and uncased words.

Table 1. GECToR with and without Distillation (CoNLL 2014 Test Set)

The following are selected examples of corrections from the two GECToR models for the CoNLL 2014 test set.

The above two GECToR models were then evaluated using the Scribendi test set (5,000 sentences), as shown in Table 2.

Table 2. GECToR with and without Distillation (Scribendi Test Set)

We observe from Table 2 that the distillation technique increased inference speed by 83.21% for the Scribendi test set. Again, this came at a cost in terms of precision, recall, and F0.5. In this case, the impact on precision was much smaller, and the impact on recall was greater compared to the previous dataset. It is worth noting here that the model sizes are independent of the datasets.

Below are selected examples of corrections from the two GECToR models for the Scribendi test set:

The pruning technique applied here was based on Sajjad et al. (2020), who have experimented with removing encoding layers from a pre-trained BERT model in various orders before fine-tuning and evaluating them against general language understanding evaluation (GLUE) tasks.

Since Sajjad et al. (2020) demonstrated that removal from the top encoder layer led to optimal performance, we chose to apply a similar strategy in our pruning experiment. We removed the top n BERT encoder layers from the pre-trained GECToR model and re-trained the resulting pruned model on the Scribendi training dataset (approximately four million sentences).

We compared the results of the pruning technique for the GECToR models with different numbers of BERT encoders, as shown in Table 3. We observed that removing the top n (12, 9, 6, and 3) BERT encoder layers from the pre-trained GECToR model and then re-training increased the inference speed and significantly decreased the model size in accordance with the increase in pruning, as seen in Figure 3. These results suggest that a model with a desired decrease in model size and increase in inference speed can be produced with this pruning technique with only some negative impact on accuracy (which nevertheless needs to be considered).

Figure 3. Comparison of evaluation metrics on the CoNLL-2014 test set for the GECToR models whose top n (9, 6, and 3) trained BERT encoder layers were removed and then retrained. BERT-12 is a GECToR model with 12 BERT encoders.

The following are selected examples of the corrections suggested by the GECToR model whose top six BERT encoder layers were removed after training and the pruned model after re-training.

We also followed the described pruning technique to evaluate the Scribendi test set; the results are shown in Table 4. Similar trends were observed (i.e., the inference speed increased at the cost of precision, recall and F0.5, as seen in Figure 4). Again, model sizes are independent of the datasets used.

Figure 4. Comparison of evaluation metrics on the Scribendi test set for GECToR models whose top n (9, 6, and 3) trained BERT encoder layers were removed and then retrained. BERT-12 is a GECToR model with 12 BERT encoders.

Below are selected examples of the corrections suggested by the retrained GECToR model, whose top six Bert encoder layers were removed for the Scribendi test set.

Comparison of Distillation and Pruning Methods

We have presented results with one distillation and one pruning technique. In both, we observed an increase in inference speed at the cost of model accuracy, measured in terms of precision, recall, and F0.5 score. While we found that both techniques had similar impacts on these evaluation metrics, we argue that the pruning technique offers more options in terms of producing a compressed model with a desired increase in inference speed and an acceptable tradeoff in decreased accuracy. The comparison of distillation and pruning techniques is shown in Tables 5 and 6 as well as Figures 5 and 6.

Table 5. Comparison of Distillation and Pruning

Table 6. Comparison of Distillation and Pruning

The goal of model compression is to yield a model for industrial application with faster inference speed and a smaller memory footprint without significant degradation in accuracy. In this article, we presented results for two model compression techniques: distillation and pruning. Our experiments demonstrated that both techniques resulted in decreased model size and increased inference speed. Although distillation was more effective in terms of model accuracy, pruning can provide a faster model. Moreover, the pruning method offers a greater range of control over inference speed, memory footprint, and accuracy. The results with pruning are encouraging when considering the industrial implementation of automated GEC tasks. Future research should explore further variations of pruning methods (such as those described in Blalock et al. 2020), as well as other model compression techniques, such as quantization (Asanović and Morgan 1991) and parameter sharing (Dehghani et al. 2018).

Asanović, Krste, and Nelson Morgan. 1991. “Experimental Determination of Precision Requirements for Back-Propagation Training of Artificial Neural Networks.” In Proceedings of the Second International Conference on Microelectronics for Neural Networks, 1991, 9–16. http://citeseerx.ist.psu.edu/viewdoc/summary?doi=10.1.1.38.2381.

Bryant, Christopher, Mariano Felice, Øistein E. Andersen, and Ted Briscoe. 2019. “The BEA-2019 Shared Task on Grammatical Error Correction.” In Proceedings of the Fourteenth Workshop on Innovative Use of NLP for Building Educational Applications, 2019, 52–75.